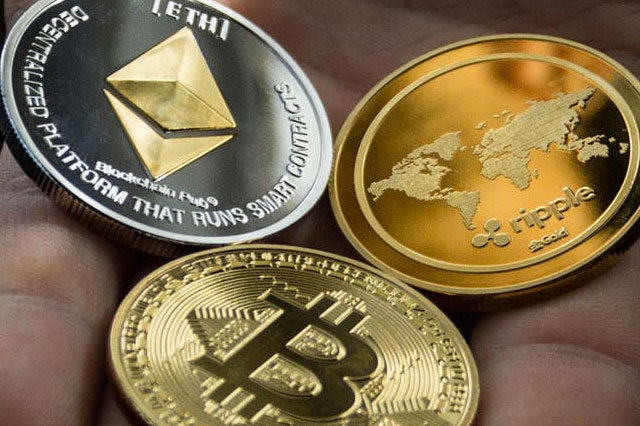 Many people confuse blockchain with Bitcoin and consider them the same thing. It is true that Bitcoin is the world famous cryptocurrency that actually put blockchain technology on the map. However, people should really know the difference between these two terms. Blockchain is actually a technology through which all the protocols thrive. It is a public ledger that does not require any third party interaction during a transaction. The information can be exchanged directly from A to B, and the transaction record is stored in secured ‘block’ after getting time stamped.

This brilliant digital protocol has opened so many opportunities for other cryptocurrencies to emerge. The future of money exchange seems to be in safe hands. All we have to do is promote and learn about new blockchain protocols. So far most people around the globe are only aware about Bitcoin due to its popularity, and some of them might know about Ethereum. However, there are many other blockchain protocols with really high potential, and they might be quite useful in the near future.

Here are 12 blockchain protocols that you should definitely learn:

As discussed earlier, Bitcoin is the most famous blockchain protocol in the world due to its 2017 price hike. Despite crashing down again in price, Bitcoin remains the most popular cryptocurrency around. It uses technologies such as P2P, digital signature, hash and public-key cryptography.

Bitcoin can be purchased rather easily nowadays due to its immense popularity. However, some of the people are still focused on mining the remaining Bitcoins.

Ethereum is the second most famous cryptocurrency as it rode the coattails of Bitcoin throughout 2017. It might seem like a similar technology, but Ethereum actually uses a different technology known as ‘smart contracts’. This technology minimizes any type of third party interference and stores all the information regarding move funds, debts, and markets.

The cryptocurrency is actually called ‘Ether’, and it is stored in an Ethereum wallet.

Hyperledger is also a well known cryptocurrency that was developed in 2015 by Linux foundation. Linux started Hyperledger to make international transactions much easier than it is now. The main reason for its creation was to bring people and businesses together from all industries that were still a bit skeptical regarding the uses of blockchain technology.

Hyperledger became fairly successful in garnering interest from all industries. It is currently being considered by many industries for potentially big projects.

Tangle is used to facilitate the trading of information between two parties and acts as a third party. However, unlike any other banks, it does not charge any extra fees for the service.

Ripple is one of the oldest blockchain protocol that is still thriving today. It has its own currency that is called ‘XRP’. Started in 2012, Ripple network uses an open-source distributed ledger. The thing that Ripple network is most famous for is its support for tokens that might represent other cryptocurrencies or digital commodity. This makes Ripple one the most convenient blockchain protocols out there.

Lisk is one of the latest blockchain protocols to emerge. It can also interact with all the decentralized apps that are created using only JavaScript. It also allows users to build independent apps for themselves to be used for business purposes or simple social interactions. The currency used by Lisk is called ‘LSK’.

Chain platform can be used to launch a new blockchain network as well.

Corda is another blockchain protocol that was specifically designed for financial industries of the world. Built and released by R3, this blockchain protocol goes the extra mile in to secure the traditional banking systems of the world. It achieves this amazing feat by limiting the useless sharing of information between all the sources. Information is only shared between the two parties that are making the transactions.

Openchain is a blockchain protocol that uses Partitioned Consensus. A Partitioned Consensus means that there is no centralized ledger and the transaction doesn’t require affirmation from all the parties in the ledger. You only require one authority to validate the transaction and that’s it. However, depending on the type of assets being exchanged, it would require validation from different authorities.

HydraChain is not exactly a completely different blockchain protocol as it is only an extension of the Ethereum. The only difference a HydraChain has from its parent protocol is that it supports the creation of Permissioned Distributed Ledgers.

BigChainDB is a blockchain protocol that consists of a database that is used for distribution of big data. After the distribution from the database, BigChainDB introduces the blockchain characteristics such as digital asset transfer and decentralized data. It also allows the enterprises to create new custom assets, permissions, and transactions.

Symbiont Distributed Ledger went live two years ago in 2016. It was initially created as a development kit for Assembly but turned out to be more than that. This incredible ledger has the capability to carry out more than 80,000 transactions per second. It achieves this incredible feat through a local multi-node network.

Symbiont is primarily built for financial institutions to allow them to use it for complex instruments.

There are thousands of blockchain protocols available in the market right now but most of them have weak structure. All of the 12 blockchain protocols mentioned above have really high potential, and if you are looking to learn any of them, then simply go ahead and do it without hesitation.