5 Uses of Blockchain in Travel Industry 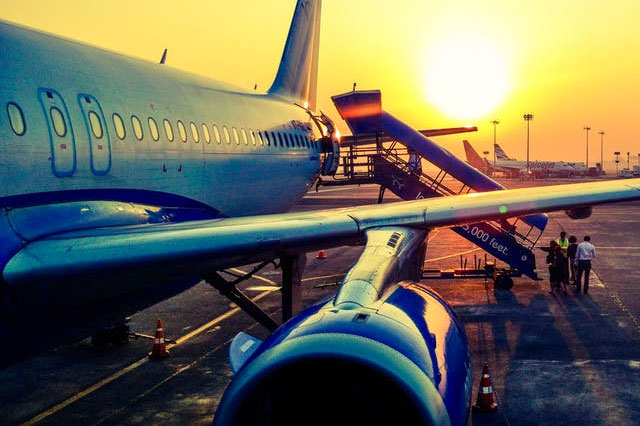 Bitcoin is probably the most famous cryptocurrency in the world right now. Its shot to instant fame was because of the price hype of a single Bitcoin that shot up in 2017. The world went mad around this sudden rise of this almost unknown currency, and many people started investing in it. The rise of the Bitcoin paved the way for other cryptocurrencies, and people blindly invested in all of them. The investment grew so much that by the end of 2017 the total investments in all cryptocurrencies were around $150 billion. This is a mind-blowing figure, and it certainly makes us wonder how serious this technology is.

Blockchain is a transaction method technology that cuts out the third party, which is usually a bank, during a transaction. For the first time ever, money can be sent online from person to person in the form of cryptocurrency. The transactions are stored in the form of highly encrypted blocks that are impossible to penetrate. This safety and convenience of the blockchain makes it inevitable to be implemented around the globe in the near future.

Here are 5 uses of blockchain technology in travel industry:

One of the biggest hassles that people all around the world face when traveling is the management of their documents. Most of the countries require several documents in order to travel abroad. These documents might include passports, tickets, visa permit, police clearance (actual requirement in some countries), and many other similar papers. Managing such documents can be a real headache and can ruin your holidays. This is the main reason why approximately 40 million travel documents were reported stolen in the recent years.

Another hassle that people face during traveling is to prove their identity at every stage. Whether you are going to book a flight, getting through immigration, checking in a hotel or at any other station, you need to provide identity proof.

After the implementation of blockchain technology, all these inconveniences will be diminished. Identity of the passenger will be stored in a block and can be accessed with just a click.

Every year thousands of passengers lose their precious luggage when traveling through air. Most of the luggage is lost due to mishandling and poor management. The centralized data control of the luggage system can sometimes be a nightmare, making it difficult to track a particular bag or suitcase. Therefore, the potential luggage ends up somewhere else, and there is no way to track its location.

Blockchain is set to contribute to the travel industry by solving the lost luggage problem as well. It can be used to track the movement of the luggage, especially during international traveling. This is possible due to decentralized data that allows sources to exchange data without any interruption and overload of data.

One of the biggest disasters that happen during traveling by air is overbooking. Thousands of people suffer from extreme inconvenience due to a simple error in the airline system that causes overbooking. The consequences of overbooking can result in innocent passengers forcefully being kicked out of the plane. With the current centralized systems in airline industry, these types of incidents are inevitable.

Blockchain technology is set to get rid of the overbooking issue once implemented in the travel industry. With blockchain, passengers will have a secure booking of their seat in an impregnable encrypted block. Such booking practice will certainly get rid of the foul practice of overbooking, and it will also benefit the airline companies as they can avoid fines that are imposed by the government for overbooking.

Another inconvenience that many passengers face when traveling internationally is the breach of contract. Hotels or car rentals can sometimes change the terms of their contract after it is agreed upon. In such cases, travelers end up paying more money than the earlier agreement. Another way these companies trap the passengers is by revealing the hidden fees. Companies sometimes don’t include other fees in the contract and ask for them later on.

With blockchain technology, you can say goodbye to all these inconveniences abroad. All the contracts and agreements will be stored in a secure block that will be accessible by both, the travelers and the travel agents. There will be absolutely no room for any kind of hidden fees or breach of contract because no changes can be made in the encrypted block.

A recent report revealed that last year over 55 million customers were ripped off by fraudsters through false hotel bookings. Customers who thought they were paying the hotel services online were actually tricked by fraudsters in a pretty convincing manner. The total losses from false booking were reported to be around $6 billion.

When and if blockchain is implemented in the future in travel industry, then all these frauds will be diminished. All the hotel services will be verified first before the consumer can make a booking. The documents and identities will also be stored in the blocks and will also be verified from the hotel’s end. The potential fraudsters’ blocks will be flagged so that they can be avoided during transactions. Their will absolutely be no chance of losing your money to a fraud source through blockchain technology.

As seen above, the implementation of blockchain technology is extremely beneficial for the travel industry. It will certainly get rid of all the inconveniences that travelers face almost every time they travel. It will also benefit the airline companies, hotels, and local services of each country that expect visitors. Everything will be safe and secure, and there will be no room left for any kind of fraud or misleading. It is only a matter of time until we witness a change in the travel agency.