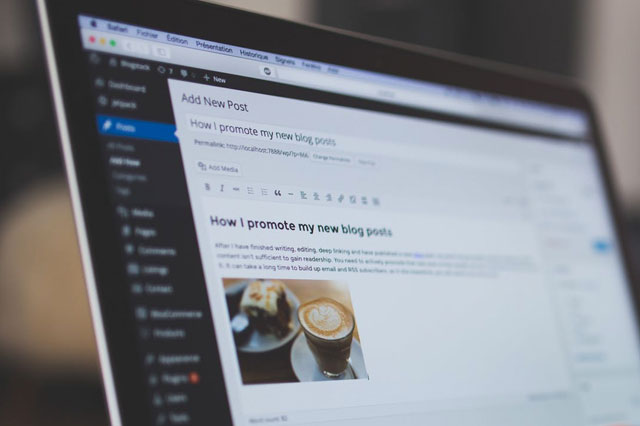 When one speaks of content management on the internet, only three names become the focus of online discussions, namely: WordPress, Joomla, and Drupal. The first dilemma webmasters have to solve before setting up their website is choosing between these three; this is a daunting task given how similar they are.

Content management systems have become popular over the years because of their ease of scalability which gives the power of customization to the average user, allowing them to build their websites to a high quality without using the aid of web developers. As a result, these ‘entrepreneurs’ have gone on to initiate successful startups, careers, businesses, and news outlets.

Although there are several other options out there, WordPress, Joomla, and Drupal have grown to become the most popular. They have a combined market share of 71 percent.

So How do You Pick the Right One?

The three tools help users achieve the same goal: the ability to create and manage their websites. What’s important to know is that all three tools are licensed as open source. This means that they are essentially free to use. This minimizes the costs of building a website and all users have to pay are the hosting charges, the domain charges, and if possible, a suite of services that mostly serve as an afterthought when building a website. These services include website security, anonymizing webmaster information, and SSL certificates.

WordPress – WordPress was released under the GPLv2 license by founders Matt Mullenweg and Mike Little. It is based on PHP and utilizes SQL database in the background. Since its growth, WordPress has grown to become the most popular content management system. It has a market share of 60 percent, and this promises to grow in the future. At this rate it will be responsible for running a third of the Internet.

Joomla – Joomla! was released in 2005 and is heavily based on another CMS called Mambo. It grew to become the second most popular CMS on the internet with a market share of 6.7% and growing. Joomla is also based off of PHP with an SQL database running in the background.

Drupal – Powered by PHP, Drupal has been around for longer than either of the two systems. The first version came out in 2001, and it is the third most popular CMS for websites. Its market share is 4.7%, which means that over 50 million websites are powered by Drupal. It has been observed that Drupal is very popular among big enterprises and its rivals.

Starting a website (like most things) comes down to how much it will cost. All three content management systems are open source and free to use. Even if the technology behind it is essentially free, this doesn’t mean that building a website doesn’t come with expenses.

As stated earlier, you will need to pay cloud services for hosting your website unless you have a server at home. Hosting can be expensive depending on the services used. Additionally, you will have to pick a domain name, and that will cost you.

WordPress – While WordPress is essentially free, third party developers do charge for premium plugins and themes. WordPress offers a lot of free tools on its own, including Jetpack for traffic analysis. There are several tools you will need to ensure that the website is running smoothly.

Chances are that you don’t want to spend a considerable amount of time learning how to design your website and probably want a professional-looking theme. Depending on your choice, the price can range from $30 to $300.

You will observe that as your website grows, your hosting charges will increase.

Joomla is relatively more complex than WordPress and might require professional help. Developers will charge their own fees depending on the service rendered, but chances are that prices will remain equal to that of WordPress.

Drupal – Drupal is not as resource hungry as WordPress or Joomla, which means that hosting charges are going to be comparatively less. You will still need premium themes that cost just about the same as the other platforms. That said, unless you know how to code like a pro, you will need to pay an expert to help build your website.

Drupal is the most complex CMS and isn’t recommended for beginners. Now, you can try to learn the system yourself, but that would require a lot of time.

It is said that creating technology is the easy part, but designing it in such a way that people will want to use it, is the hard part. Why else have mobiles grown so popular? People are looking for faster ways to accomplish work with fewer resources than ever before. The same applies to CMS which are known for their ease of accessibility.

WordPress – The biggest reason behind WordPress’s popularity is that it is quick to set up and install. In many cases, it is as simple as plug and play. All users have to do is follow the on-screen instructions to set up their website. Many hosting companies give users one-click install option for WordPress, removing the headache of manually downloading the setup from the official website to upload it on the server.

It is interesting to note that the user interface for WordPress is less cluttered than your average social media feeds. WordPress comes with a normal word processor that lets you create posts and pages. This lets you get into blogging right away.

Joomla – Joomla is slightly more complex than Drupal, but a tech-savvy person should be able to learn it fairly quickly. Installing Joomla is very similar to manually setting up WordPress. You first have to download the software, upload it to your server and follow the on-screen instructions to set it up. It is popular enough for many hosting providers to offer it as easy one-click installs.

Drupal – Setting up Drupal requires basic knowledge of HTML, PHP, and a few other web programming languages. Drupal offers distributions that offer extensions, plugins, and modules pre-installed. These make building certain types of websites a little easier. Once you’re on Drupal’s admin area, you will see a lot of customization options, but navigating through them isn’t easy for the average user.

While Drupal is the most technically advanced platform for building websites, it comes with the steepest learning curve.