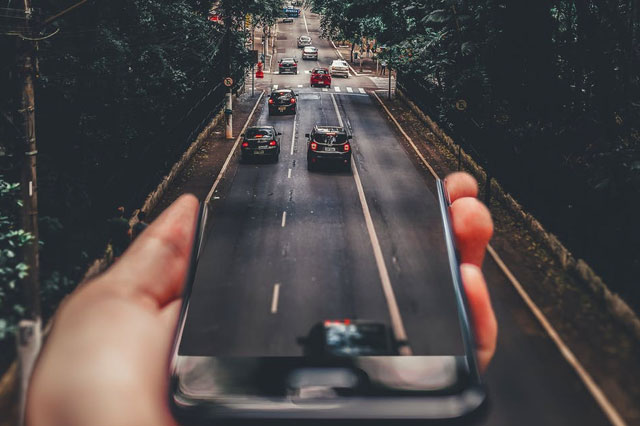 The Mobile development race is on!

It has become a trend for mobile apps to lure in more traffic than conventional websites that are characterized as old, clunky, and slow. Many businesses are integrating mobile apps that work well across both platforms: Android and iOS. While native mobile applications have several advantages such as speed, increased responsiveness, and top optimization, mobile applications demand rapid development, and if that comes at the price of a tiny performance dip (unnoticeable by the untrained eye), it’s an acceptable sacrifice.

In order to keep the features of native app development and make the process quick and scalable, several hybrid solutions have emerged. Some of them work really well, while others require a lot of training to get accustomed to. The main languages that were used to construct websites and mobile app alike were JavaScript, HTML5, and CSS. As any programmer can imagine, this was a nightmare in software code development, ushering in an era of hybrid app frameworks that bridged the gulf between old websites and native apps.

The two popular hybrid app frameworks we will be discussing are React Native, which was developed by Facebook to provide support to iOS app development. When it was met with good response, Facebook decided to create an Android version, enabling library mobile UIs across both platforms.

Ionic Framework, the other popular framework, is an open source framework. Every piece of code is license free and comes at no cost. Since the Ionic is open source framework, it is constantly updated, rehashed, and developed to provide on-the-go support to mobile app development. This ensures that any apps developed are fully stable across platforms and would not break down in the event of a software update in mobile phones (a regular feature for both Android and iOS).

Facebook developed React Native under an open source license, allowing other platforms like Windows and Ubuntu to get support in the future. Making things look favorable for React Native is that any and all building blocks are entirely reusable components. Both iOS and Android counterparts provide the same experience and look as a result.

The component-based structure of React Native replicates the speed, responsiveness, and optimization of native mobile apps while remaining both easy and quick to develop despite being classified as a hybrid app.

Ionic Framework serves more like an add-on tool for Android and iOS platforms and places more emphasis on JavaScript. Programmers who have a strong grip on JavaScript will find it relatively easy to develop mobile applications on several platforms by using a single line of code.

Components developed with React Native UI are compatible with any existing app’s code, requiring little in the way of rewrites, if any. This makes the hybrid framework of more use to businesses and startups because it saves both time and money.

Some experts enjoy working on the UI interface of React Native so much that they feel it serves as a JavaScript library than an actual framework. It allows developers high responsiveness, scalable solutions, smoother applications, and quicker load times because JavaScript does all of the heavy lifting by interacting with the native environment of the target operating system.

Ionic Frameworks is derived from Angular, making the development relatively smoother because Angular is touted as one of the most scalable frameworks on the market. This has placed a high demand for programmers knowledgeable in angular, encouraging prospective job applicants to start learning it. Some people have even described Ionic Framework as a good starter kit that eventually enables programmers to code on Angular as well.

As is true for every other software platform, React Native has a large community of developers always ready to offer help in any way needed. In contrast, the founders of Ionic Framework regularly offer assistance on their respective social media accounts about app development.

React Native also allows front end web developers to become mobile developers without undergoing all the long hours of training and on-boarding. All that is needed is JavaScript, familiarity with native UI elements, APIs specific to platforms and understanding of platform-specific design patterns. The vast library of React Native allows the use of both inline and CSS styling while providing robust support to iOS and Android systems.

Native app development is very restrictive because of low productivity, slow development times, and incompatibility across different platforms. This makes React Native strong because it brings speed, scalability, and ease of deployment across different apps while still retaining results you would expect from native apps.

React Native has compatibility with third-party plugins, which means that if a particular developer isn’t well versed in coding, they don’t have to rely on WebView. Speaking of plugins, Ionic offers the incredibly versatile Cordova plugins that make it easy to access several hidden features of an operating system such as location, battery and optimization of applications.

Hybrid apps used to be criticized because while they provided developers the ability to ‘port’ an app to different platforms without any costly and cumbersome rewrites, they weren’t particularly good looking. This makes Ionic particularly important because it allows CSS and JavaScript for greater modifications to UI elements, providing support for a large variety of colors, depth, and motion to create a highly versatile app.

As can be seen in this article, starting out either with React Native and Ionic Framework is relatively easy for developers, even if they don’t have a solid background in app development. All they need is a relatively competent grasp over JavaScript in both frameworks. It goes without saying, however, that it is a good skill to utilize both frameworks.

While it is hard to choose between the two frameworks, if it came down to selecting one app over the other, we would definitely recommend React Native because it offers several advantages, namely the benefit of Cordova plugins and unparalleled access to limitless customization options. The end result is a fluid, scalable, and versatile app that looks good and runs perfect on both platforms.